How Hearing Declines With Age 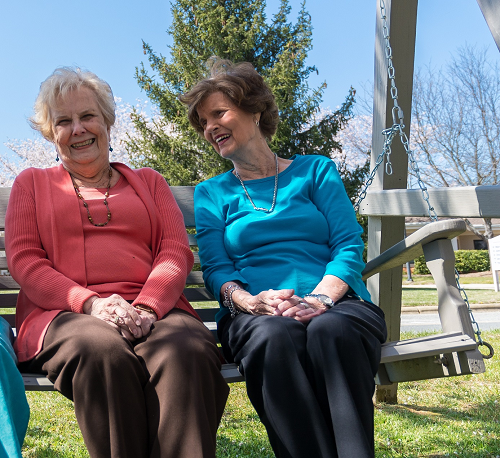 Just as it becomes more difficult to see clearly at a close distance or to have perfect recall of names as you get older, certain hearing changes become noticeable as the decades pass. “If you live long enough, you’re going to suffer some hearing loss — it’s part of the normal aging process,” says Sean McMenomey, M.D., a professor of otolaryngology, head and neck surgery and neurological surgery at the New York University Langone Medical Center. One study, published in the March 1, 2017, issue of JAMA Otolaryngology-Head & Neck Surgery, found that while hearing loss is declining slightly among adults between the ages of 20 and 69, age is the biggest risk factor for hearing impairment — 39 percent of adults ages 60 to 69 have trouble hearing speech clearly. Age-related hearing loss, called presbycusis, occurs gradually, usually in both ears. When the decline begins depends partly on genetic factors and partly on long-term noise exposure, McMenomey says. “Noise exposure that you had as a kid is the gift that keeps on giving — it cannot be reversed.” But a decline in hearing also can develop from age-related changes in the inner ear or changes in the nerve pathways from the ear to the brain, according to the National Institute on Deafness and Other Communication Disorders. Certain medical conditions such as high blood pressure, thyroid problems and diabetes can exacerbate the decline, along with medications such as chemotherapy drugs and some antibiotics. Can you hear this? When a decline in hearing does happen, the first thing to go is the ability to clearly hear high-pitched sounds such as women’s and children’s voices, especially in situations where there’s considerable background noise. You also may have trouble picking out consonant-heavy words: Consonants such as s, t, k, p and f are softer and higher pitched — as is the “th” sound — so they can be more difficult to distinguish than vowels, says Todd Ricketts, a professor of hearing and speech sciences at the Vanderbilt University Medical Center in Nashville, Tenn. As a result, it may sound like people are mumbling. It also may be difficult to hear a high-pitched doorbell or the clothes dryer buzzing, he adds. The inability to hear high-frequency sounds will then worsen as it “works its way into the lower frequency,” Ricketts says. Then you may have trouble understanding what people are saying even in quieter environments because you’ve lost clarity in your hearing. “In more extreme cases, tonal quality gets worse and music may sound flatter,” Ricketts adds. “Hearing loss is a progressive disorder — the prevalence and degree goes up over time, as people get older.” Testing The U.S. Preventive Services Task Force doesn’t recommend routine hearing screening for adults ages 50 and older because, it says, “the current evidence is insufficient to assess the balance of benefits and harms of screening for hearing loss.” But the American Speech-Language-Hearing Association has a different opinion, calling for adults to be screened at least every decade through age 50, then every three years after that. If you haven’t kept up with that protocol, it’s best to get a baseline hearing test in your 50s, especially if you have ear-related symptoms such as tinnitus (ringing in the ears) or vertigo, McMenomey says. If it turns out that you have hearing loss, it’s often recommended that you have annual screenings. “People aren’t particularly good at self-diagnosing hearing loss — that’s why screening tests are important,” Ricketts says. People whose hearing tests show that they are in the normal range commonly think they’re having trouble, he says, and those whose hearing has declined often think it is normal. A study involving 19,642 Korean adults ages 20 and older, published in the August 8, 2017, issue of PLoS One, found that older adults and those with tinnitus are among those who have the highest rates of overestimating or underestimating their hearing abilities. If you notice signs of decline or feel you are struggling to hear clearly, a hearing test can help identify whether you have a problem. And Ricketts notes that the technology behind hearing assistance has come a long way. “There are interventions you can try, from hearing aids to hearing assisted technologies that are targeted to specific situations such as using the phone or TV.” ### The above article was written by Stacey Colino for AARP.org.