A Long Way from the Pacific 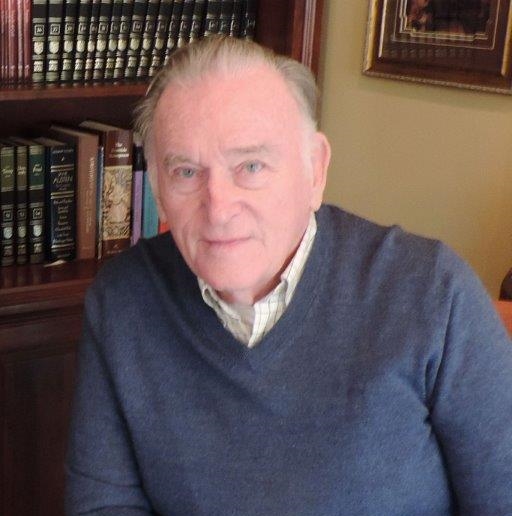 Jim Rouse has quite a story to tell. As an officer in the U.S. Navy during the Cold War, Jim spent part of his time stationed on the Eniwetok Atoll in the Marshall Islands in the North Pacific as a member of the Naval Air Special Weapons group conducting nuclear weapons testing.

“If those weapons were going to be delivered by Navy aircraft, then we had to know what risks we were asking Navy pilots to undergo on behalf of their country,” Jim explains in a 2004 memoir. He had volunteered to be one of the air controllers responsible for keeping the aircraft and the pilots out of harm’s way.

With the pilots flying without visual reference, they relied on instruments and air controllers like Jim for their navigation during weapon testing. This was a high-pressure situation that required both controller and pilot to operate with extreme precision. “This was deadly serious because of what might happen to any aircraft…” continues Jim.

“As our team worked together, we took pride in just how good we were in our efforts to put our aircraft precisely where it needed to be…”

Jim spent a total of 22 years in the military, 19 of which was in the Naval Reserves, including a stint as the commanding officer of one of the reserve training units at Andrews Air Force Base where he rose to the rank of Captain.

“Those of us that went into the service and answered our country’s call,” says Jim, “we may not have needed to go and fight on behalf of our country, but we prepared and went through the steps that would have had us to do that, and that was our contribution to our country.”

These days, though, he lets his photographs tell the story as the unofficial photographer of Friends Homes West.

Jim started photographing events, trips and the grounds at Friends Home West back in 2012. He puts together photo albums for each event that are kept in the lounge for residents to look through and enjoy. Jim says he tries to get shots that people and their families would want to see to reflect the activities here. He prints the photos and creates the binders at his own expense as a way to give back to the community and preserve its memories.

One of his projects is called “Where Am I?” — a volume of 100 images taken around the property over a year’s time. The challenge is for residents to figure out where each shot was taken.

Jim and his wife, Anne, came to Friends Homes at the end of 2011, after living in a Quaker retirement community in Delaware. They decided to move south to be closer to their 5 children, 16 grandchildren and 2 great-grandchildren. He and Anne met when Jim was in college and have been married for 62 years.

Both his mother and Anne’s mother moved into retirement communities because they wanted to be taken care of in their later years without being a burden to their children. He and Anne had the same concern.

“We wanted to find a place where we will be well taken care of,” says Jim. “And the kids will not be burdened by our aging and what the aging process does to all of us.”