More Workers Turn to Freelancing Full-Time During the Pandemic 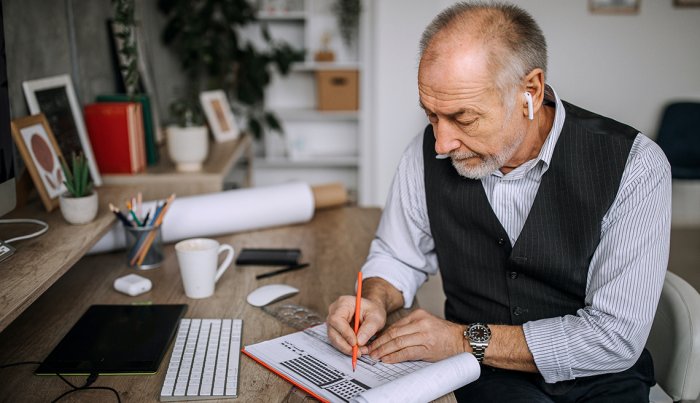 As the coronavirus pandemic caused widespread unemployment and layoffs this year, more people turned to full-time freelance work as a way to earn, according to a new survey.

Freelance is the term used to describe the variety of ways people can work outside of traditional employment. These include side jobs people do in addition to their regular jobs (moonlighting), independent contractor roles, temporary jobs and even some small businesses. Even before unemployment soared this year, interest in freelance work was growing because of the flexible hours and work-from-home opportunities it provides. AARP Foundation recently launched a Freelancing Resource Center that offers older adults information on how to get started working independently.

Each year, Upwork — a job website that specializes in flexible employment — conducts a nationwide survey to gauge how people who take freelance roles feel about their livelihoods. This year’s survey, conducted by independent research firm Edelman Intelligence, took place between June 15 and July 7, when the unemployment rate for all workers was roughly 10 percent and more than 30 million people were receiving unemployment insurance benefits. Upwork’s survey gathered insights from 6,001 working adults — 2,132 freelancers and 3,869 nonfreelancers.

Side hustles are becoming full-time jobs

Their research offers revealing insights about how people are navigating the employment crisis the pandemic has caused. While the overall size of the freelance workforce (36 percent of all workers) remained roughly the same as it has been in recent years, the proportion of respondents who said they are freelancing full-time has grown when compared with last year’s survey. Among workers who do freelance jobs, 36 percent said they were doing that position full-time in 2020. Only 28 percent reported freelancing full-time in 2019.

At the same time, the number of people who said they work full-time but earn extra income from freelance gigs dropped from 25 percent in 2019 to just 14 percent in 2020. The suggestion is that people may have switched to full-time freelancing after they were laid off or were furloughed from regular jobs. Many people essentially are turning their side hustles into their full-time jobs this year.

Many freelancers “found that their main job went away or another side job went away, so they transition to full-time freelance,” says Adam Ozemik, Upwork’s chief economist. “What we actually found is also that there are a lot of people who are freelancing for the first time who are doing it full-time. So, it’s not just people changing how they freelance, but it’s also people starting to freelance for the first time.”

According to the survey, 34 percent of this year’s freelance workforce — which is 12 percent of the overall workforce — started freelancing for the first time in March at the onset of the pandemic.

Other freelancers — 28 percent — paused their independent work once the pandemic hit. The largest group of those who halted their freelancing last spring worked in education, a field popular among older adults. “Those are probably people who were doing in-person educational services and now they’re not,” Ozemik says.

Many boomers, Gen Xers are choosing to work freelance

Freelance work is more common the younger the worker is. Half of all people ages 18-22 — the members of Gen Z old enough to be able to work full-time — did some freelance work in 2020. That compares to 44 percent of millennials, 30 percent of Gen Xers and 26 percent of boomers.

Across all generations, more freelancers said they turned to independent work out of choice rather than necessity. For example, among boomers who freelance, 68 percent say they started out of choice. For Gen X freelancers, 57 percent started by choice.

“Freelancing is a potential way for those who are ready for semi-retirement to continue to have some engagement with work and keep working,” Ozemik says. “Or if they’re getting ready to retire soon and they’re not quite ready yet, it’s a way to work more flexibly, to work around their schedule and decide the hours that they want to work.”

Among boomers who freelance, the most common way they do so is through roles as independent contractors (55 percent), rather than moonlighting (14 percent), freelance business owner (7 percent), or temporary worker (6 percent).