4 Ways to Freeze Out Robocalls

Let’s cut to the chase: Those relentless robocalls are a pain in the you-know-what. 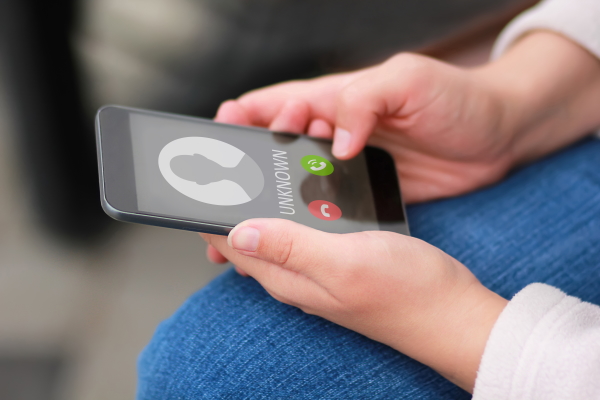 Defined as automated calls with a recorded message, robocalls are “by far” the No. 1 compliant to the Federal Trade Commission, says Ian Barlow, the FTC’s Do Not Call Program coordinator, with about 500,000 complaints about these unwanted calls — per month.

On why robocalls are rampant, Barlow explains they’re “a very efficient way to call so many people at once, not to mention these companies don’t have to pay a live person to interact with people.”

As a U.S. government agency, the FTC focuses on protecting consumers and curbing illegal business practices.

Although there are valid reasons for legal robocalls, such as notifications of medical tests with a main callback number, consumers face an overwhelming barrage of nuisance or downright fraudulent calls, acknowledges Jon Peterson, a fellow at Neustar, a global information services company based in Sterling, Va., that delivers communications, risk and security solutions for businesses.

“It’s made people not want to pick up the phone anymore, because they can’t trust calls from numbers they don’t know — and even when it comes to ones they do know, the number could be spoofed,” which means it is disguised, Peterson says. “It’s a bad situation, [with] some measurements showing robocalls increasing around the world.”

The good news? Help may be on the way, including a bipartisan effort in the U.S. Senate that passed the Telephone Robocall Abuse Criminal Enforcement and Deterrence (TRACED) Act, created to deter criminal robocall violations. The bill passed the Senate on a 97-1 vote in May.

AARP endorses the TRACED Act, which requires service providers to adopt smart call authentication technology and expand the powers of the Federal Communications Commission to levy civil penalties against robocallers. The bill also would promote interagency cooperation to address the robocall problem.

The TRACED Act mandates the adoption of the James Bond-sounding “STIR/SHAKEN” call authentication, which can block robocallers. STIR stands for “Secure Telephone Identity Revisited,” while SHAKEN is an acronym for “Signature-based Handling of Asserted information using toKENs.”

“The key to beating illegal robocalling is to stop spam callers from being able to spoof numbers, which today makes it hard to identify them and hold them accountable,” Peterson says. “The STIR/SHAKEN industry effort is creating a secure framework to guarantee that caller ID is accurate.”

Peterson says Neustar cowrote the STIR standards and contributed to the SHAKEN framework.

“Once we have certified caller ID, we will be able to set policies that detect and stop bad actors in the network,” Peterson adds. “It won’t happen overnight, but there is a lot of energy around getting this in place. We all know what a hassle robocalling is for consumers.”

Ahead, the Federal Communications Commission will vote in June on allowing phone companies to block annoying robocalls and other unwanted phone calls proactively — that is, enabled by default — instead of waiting for consumers to opt in for the service.

Meantime, here are a few things you can do to reduce your odds of being hounded by robocallers.

“Don’t engage,” the FTC’s Barlow says. “The best thing you can do is simply hang up on any unwanted call.”

Ironically, many recipients of robocalls (and other unsolicited sales calls) think they’re wasting the caller’s time by keeping them on the line for a while. But in fact, when the call records are reviewed it looks like you were interested — a close sale, if you will — and so you might graduate to another list to be called again.

If your device says “Unknown Caller” or you don’t recognize the call, don’t even pick up.

Often provided by your telephone company for mobile phones (and sometimes landlines), various services attempt to reduce the frequency of robocalls.

Verizon, AT&T, T-Mobile and Sprint each offers opt-in solutions: Verizon Call Filter (for iPhone and Android) labels suspected robocalls before you answer. The service is free, and for $3 per month you can get caller ID, too.

AT&T Call Protect is free to block suspected fraudsters, and there’s an optional second tier to the service that lets you block legitimate telemarketers and political calls (for $4 per month).

T-Mobile’s Scam ID and Scam Block services can be enabled, and it doesn’t require an app like the Sprint and AT&T solutions. For $4 per month, you’ll have additional options, as well as caller ID.

Similarly, Sprint offers Premium Caller ID ($3 per month), which displays the caller’s name if he or she is not already in your contacts, and blocks suspected robocallers, fraudulent calls and potential spammers.

All four solutions can also cross-check your contacts to make sure the technology doesn’t block someone you want to get through (often called a “false positive”).

There are also smartphone apps, such as the easy-to-use Nomorobo (which works with landlines, too), RoboKiller, Trucaller, TNS and the popular and free YouMail.

Register for “Do Not Call”

Barlow says signing up to the FTC’s Do Not Call list won’t stop scammers who do not honor and abide by this list, but it will stop legitimate companies from getting through — plus doing so gives valuable information to the FTC for its records, such as the time of call, business name, phone numbers and more.

Know that legitimate businesses will never ask you to pay them by buying gift cards — such as those from Amazon, iTunes or Google Play — and reading the scratched-off code on the back. That’s a scam. According to the FTC’s Data Spotlight, this type of scam is up 270 percent from 2015 to 2018. The Internal Revenue Service and Department of Homeland Security will not be using robocalls to reach you — asking you to urgently confirm personal information — nor will you be called in this fashion by your bank, internet service provider (ISP) or credit card company. When in doubt, phone your bank or other firm to confirm it wasn’t calling you.

This article was written by Marc Saltzman for AARP.