Caring for Grandchildren: The Benefits for Cognitive Health 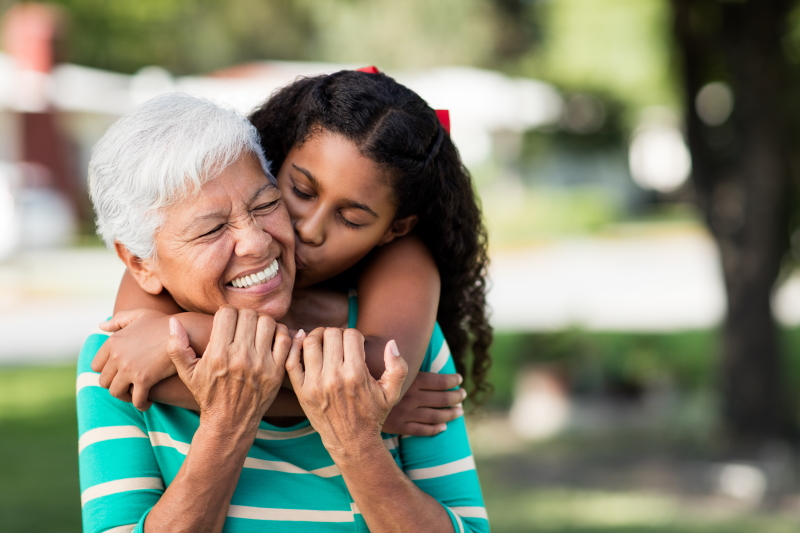 Spending time with grandchildren can be emotionally meaningful to many older adults, but one study showed that there may be an added cognitive benefit from caring for grandchildren.

Using data from the Health and Retirement Study, researchers compared cognitive functioning scores of 656 grandparent caregivers and 2,373 non-caregivers in 2006 and in two- and four-year follow-ups. All participants were age 65 or better and did not live with their grandchildren. To qualify as a grandparent caregiver, participants had to have provided care to a grandchild for at least 100 hours over the past two years at any timepoint, while non-caregivers provided less than 100 hours of care.

After controlling for other caregiving roles and demographic and health variables, the researchers found that caring for a grandchild was related to better immediate and delayed recall over time, but not to working memory or mental status. When comparing changes over time, participants who reported the greatest amount of time caring for grandchildren (more than 850 hours) tended to have the best immediate and delayed recall scores at each timepoint, as well as less decline than participants who reported less caregiving time.

While these associations could mean that poorer cognitive health leads to less caregiving, the comparison of changes over time and controlling for health-related variables helped strengthen the case that more grandparent caregiving leads to better cognitive health. This may be due to intergenerational interaction and a greater sense of purpose or generativity in grandparent caregivers.

The researchers also found that among white grandparents, caregivers had better immediate recall scores at the end of the study than non-caregivers, but among black grandparents, caregivers did not differ from non-caregivers. The researchers explained that these differences could be due to differences in caregiving roles—African Americans often take on a more direct parenting role for grandchildren, which could be more stressful, while white older adults often take on more of a supportive or companion role, which could be more socially rewarding.

In either case, this study showed that older adults can benefit in a measurable way by spending more time with their grandchildren.

This article was written by Dugan O’Connor for InvestigAge.