Catching up with the Parkers 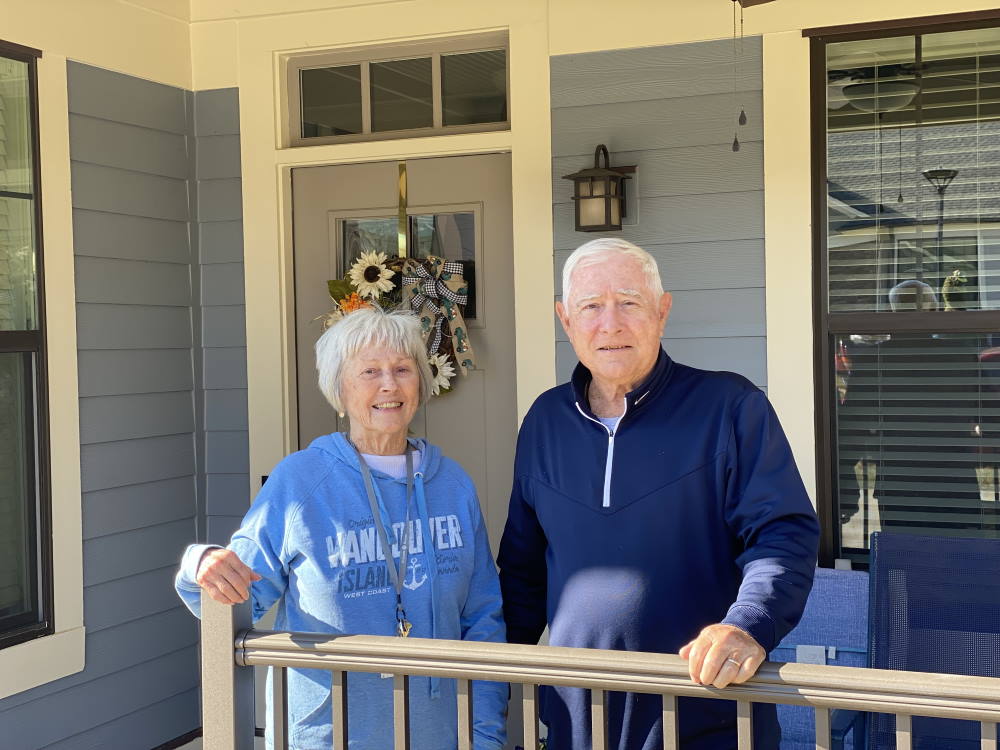 Elwood and Ellen Parker appeared in this e-newsletter in early 2020 as Friends Homes residents of the future. At the time, they were looking forward to moving into one of the new townhomes that was being built as part of the community’s expansion.

Construction hadn’t even broken ground yet back then. However, the Parkers were already very familiar with Friends Homes and all the qualities that made it so appealing. “We’ve been working at Guilford College and living nearby for a half-century,” Elwood said back in the 2020 article, “experiencing vicariously through resident friends the services and, most importantly, the friendships that are made and retained in living at Friends Homes.” The Parkers were and still are members of New Garden Friends Meeting, and Elwood continues to serve on the Friends Homes Board of Trustees.

Early this fall, construction on the Parkers’ townhome was completed and the couple began making their move on September 20 (which also happens to be Elwood’s birthday). And so far, they couldn’t be happier.

“Our expectations have been fulfilled,” says Elwood. “It’s a big lifestyle adjustment not having to take care of the yard or other maintenance…. We don’t have to do anything, but we’re both still very active and there’s plenty to do.” Ellen enjoys the exercise and yoga classes. They both enjoy the concerts, movies and other events provided on campus. The couple is also signed up for several upcoming group day trips to different attractions around the state.

Despite their familiarity with the community and its reputation for being open and welcoming, they have been pleasantly surprised by how many new and interesting friends they have met. “There’s plenty to do here, but it’s really the people who have been the highlight,” explains Elwood. “It is so pleasant and enjoyable… Even though we’re all of the same generation, everyone brings such different life experiences…”

Elwood and Ellen are also looking forward to getting more new neighbors in the coming months as more of the homes become ready for residents. The front porch of their townhome is already one of their favorite spots for getting together with new and old friends.

In addition to the new residences still under construction, an enhanced wellness center, new sports court, art studio, bistro with outdoor seating, other improvements are underway to add to the neighborhood feel and spirit of friendship that makes Friends Homes a special place.

When asked if they had any advice for future residents getting ready to move, Elwood passed along a few words about decluttering: “Get rid of a lot more than you think you should,” he says. But he also repeated a piece of sage advice that many other residents have shared. “Think about moving well ahead of time instead of waiting until you have to,” he adds.