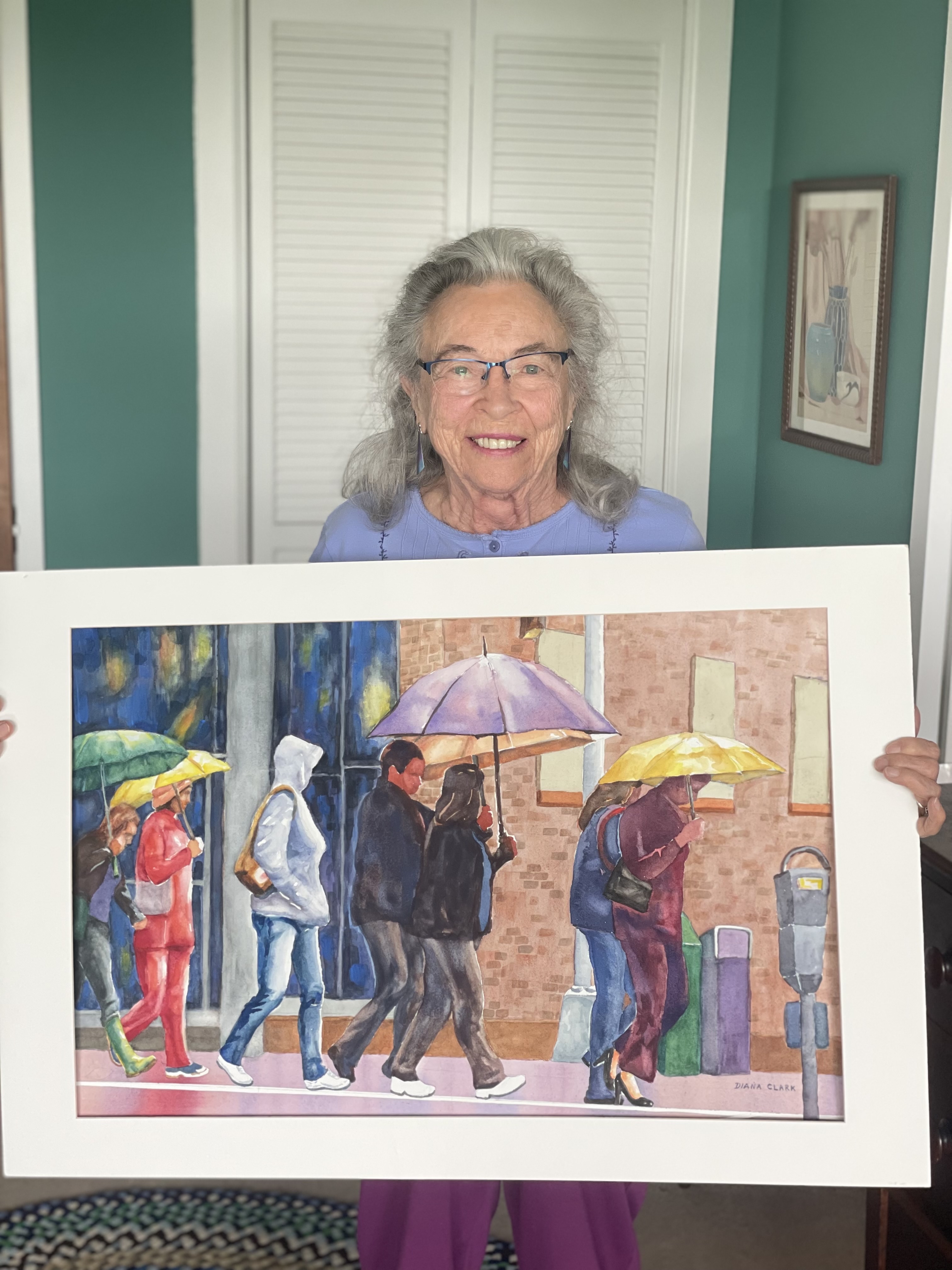 Art has been part of Diana Clark’s life for as long as she can remember. And the 16-year Friends Homes resident still creates new works of art as often as she can. Her apartment in Friends Homes Guilford is a treasure trove of her paintings along with works by other artists.

Over the years, she has created countless portraits and landscapes, some for friends and family, but mostly for her own enjoyment.

“If I like a portrait that I do of someone, I’ll give it to them,” Diana says.

She draws inspiration from being with other artists and being out in the world, typically working with a “painting buddy” — one of many other residents who join her in different settings to spend time painting and sharing ideas and techniques.

“I’ve discovered that if you want to develop a hobby, it’s good to have a partner and a commitment. You’ll stick with it. I recommend it for anyone taking up painting,” she explains. 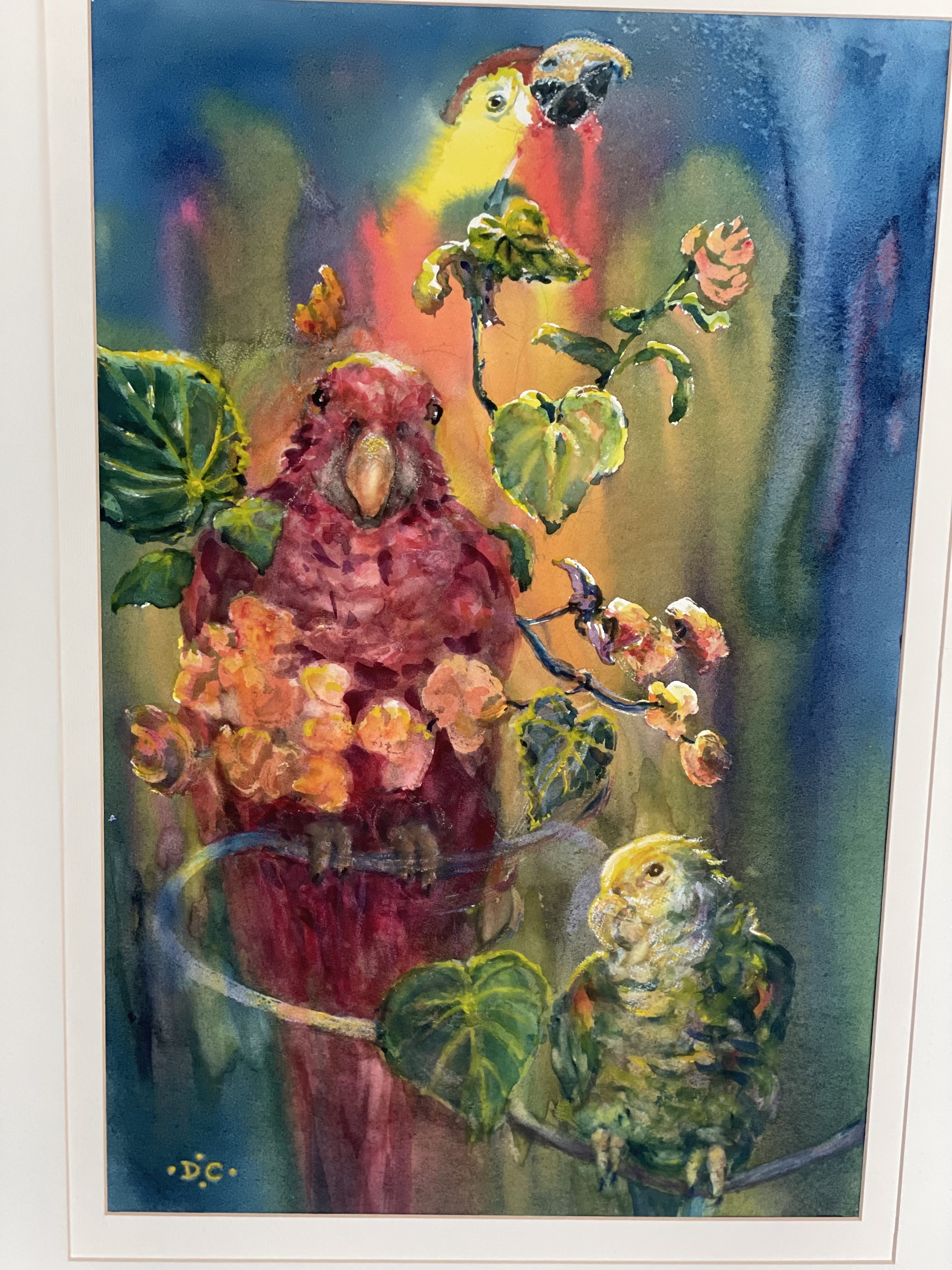 Diana loves experimenting with her art. These days she rarely works in oil, preferring to stick with watercolors and charcoal. But her favorite technique now is called paint pouring, which involves pouring different colored water color paints out onto a canvas and creating designs and images from the patterns and blended colors that emerge.

Before pouring, she’ll brush a waterproof resin on the canvas where she wants it to remain clean. Then she’ll manipulate the paint on the canvas to bring out the image she wants.

Diana came to Friends Homes in 2005 after having been an active volunteer in the community while her mother-in-law lived here years earlier. “I was the dog lady,” she jokes, referring to her frequent stints as the community’s dog walker.

Growing up in the Midwest, Diana’s parents were both teachers and encouraged Diana’s creativity from an early age. Although, it wasn’t until junior high school that she took her first formal art class. She continued to pursue her craft, taking summer courses at the Art Institute of Chicago and majoring in art at DePauw University in Indiana. She later earned her master’s degree in education from the Teachers College of Boston (now part of the University of Massachusetts Boston). 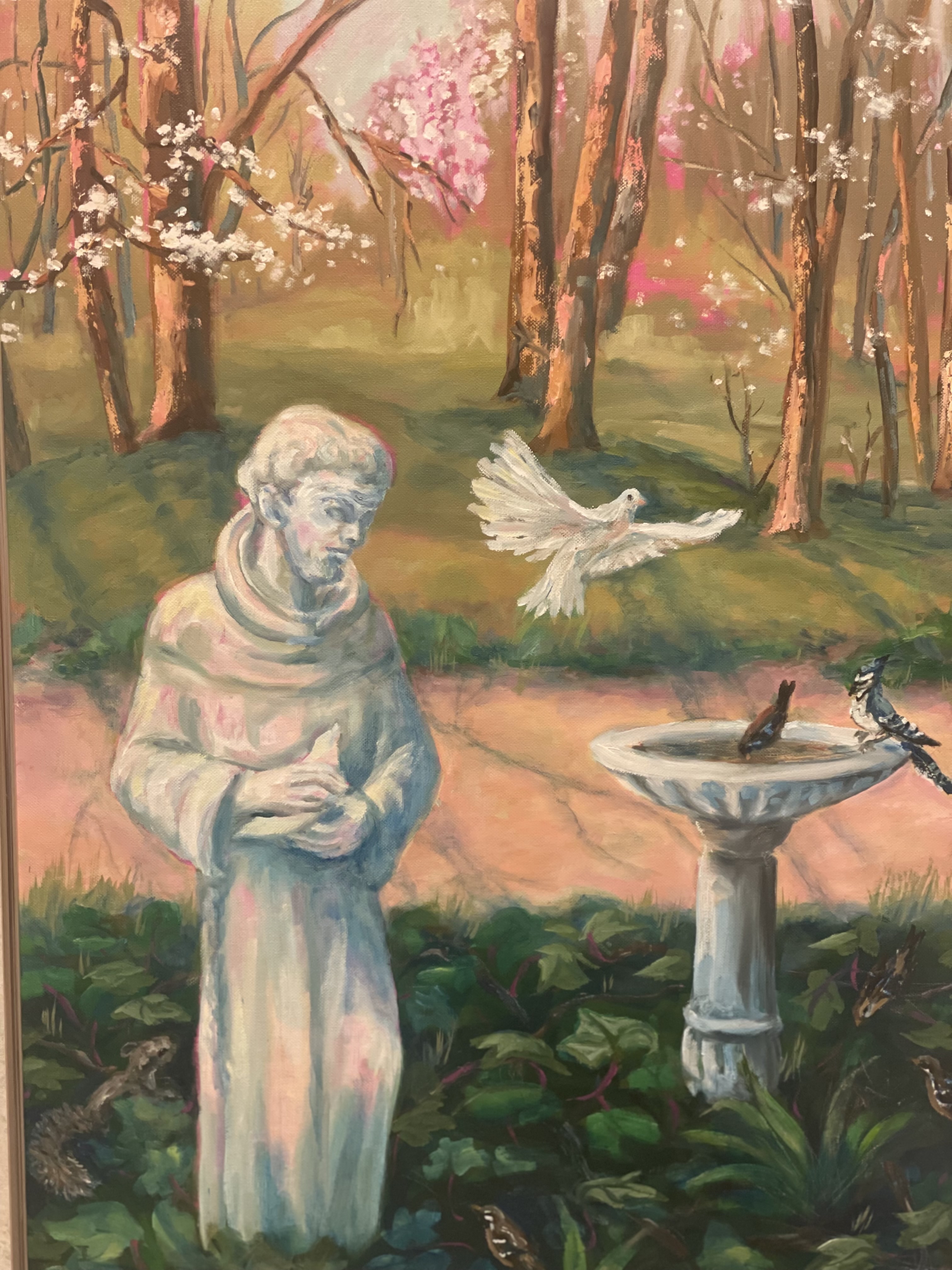 Diana brought her passion for art to elementary school classrooms as a teacher in the Triad. “I saw myself not as an artist, but an educator,” she says. “It wasn’t just (about creating) pretty pictures… but about expressing their feelings. Art is very important for that. So many things don’t involve children like art can.”

Although the pandemic limited her opportunities to venture out to art classes through GTCC and the local parks and recreation programs, she has enjoyed having the time to build stronger relationships with her neighbors and using technology to participate in committees both at Friends Homes and in the larger community. She also enjoys swimming in the indoor pool at Friends Homes, which she credits for keeping her in good health over the years.

“You find that you’re busier in retirement than you ever thought you would be,” she says with a laugh. “I love it here. This is home to me.”