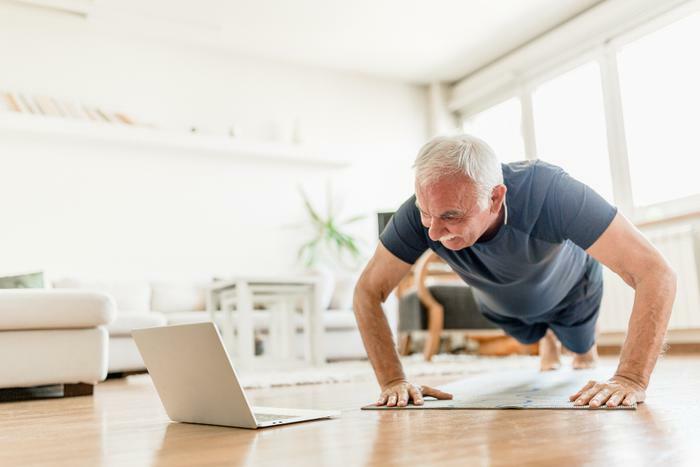 A new study conducted by researchers from UT Southwestern Medical Center explored the brain benefits associated with getting regular exercise. According to their findings, exercise led to better blood flow to the brain for older consumers with mild cognitive impairment (MCI).

“This is part of a growing body of evidence linking exercises with brain health,” said researcher Rong Zhang, Ph.D. “We’ve shown for the first time in a randomized trial in these older adults that exercise gets more blood flowing to your brain.”

To understand the cognitive benefits associated with exercise, the researchers had 70 participants with MCI between the ages of 55 and 80 involved in the study. For one year, the participants either completed an aerobic exercise routine three to five times per week or went through a stretching regimen for the same amount of time. Then, the researchers analyzed results from MRI brain scans, cognitive exams, and fitness tests.

While less than 50 participants made it to the end of the study, the researchers found that vigorous exercise was beneficial for brain health and function; however, those involved in the stretching routine didn’t experience any cognitive changes. By exercising regularly, the participants’ cardiorespiratory fitness improved, which helped their body process more oxygen during physical activity. Improving this area of physical fitness led to better blood flow to the brain.

This is important because getting proper blood flow to the brain has been found to be associated with a lower risk of dementia and MCI. Because these participants were already struggling with MCI, knowing that exercise helped to improve blood flow may encourage older consumers with cognitive impairments to be more physically active.

Though the researchers didn’t observe any improvements to the participants’ memory or overall cognitive abilities, they attribute that to the length of the study and believe that these findings are the first step towards seeing better outcomes.

“There is still a lot we don’t know about the effects of exercise on cognitive decline later in life,” said researcher C. Munro Cullum, Ph.D. “MCI and dementia are likely to be influenced by a complex interplay of many factors, and we think that, at least for some people, exercise is one of those factors.”