Falling asleep at this time may protect your heart 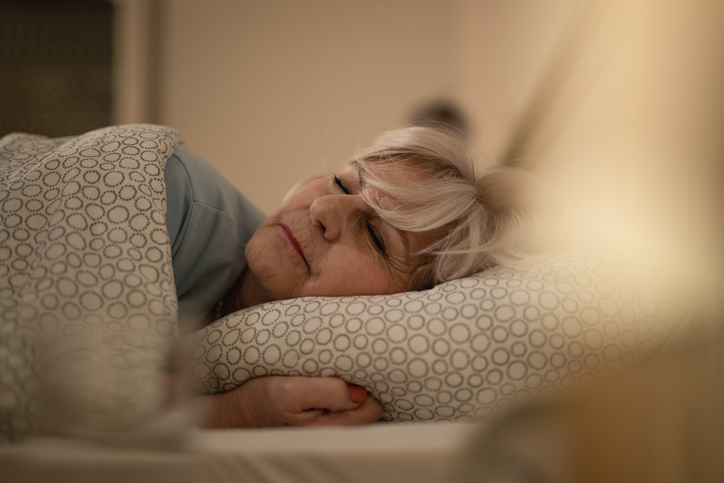 The time you go to bed may affect your risk for heart disease. In fact, researchers say, there is a heart health sweet spot for falling asleep: from 10 to 11 p.m.

An analysis of data from more than 88,000 adults tracked for around six years revealed a 12 percent greater risk among those who dropped off from 11 to 11:59 p.m. and a 25 percent higher risk of developing cardiovascular disease among people who fell asleep at midnight or later. Falling asleep earlier than 10 p.m. was associated with a 24 percent increase in risk, according to a report published Monday in the European Heart Journal—Digital Health.

“The body has a 24-hour internal clock, called circadian rhythm, that helps regulate physical and mental functioning,” neuroscientist David Plans, co-author of the study and head of research at Huma, a London health tech company that supports decentralized clinical trials, said in a statement.

“While we cannot conclude causation from our study, the results suggest that early or late bedtimes may be more likely to disrupt the body clock, with adverse consequences for cardiovascular health,” said Plans, who is also a senior lecturer in organizational neuroscience at the University of Exeter in the U.K. Huma often clears its studies through the ethics committee at the University of Exeter.

To explore how different bedtimes might affect heart health, Plans and colleagues at Huma, turned to UK Biobank, a biomedical database. UK Biobank maintains information about more than 500,000 volunteers ages 37 to 73 who were recruited from 2006 to 2010 and provided Huma researchers information about their demographics, lifestyles and health. Their physical health was also assessed.

During an average follow-up period of 5.7 years, 3,172 of the volunteers (3.6 percent) experienced cardiovascular events, such as strokes, heart attacks or heart failure — incidents were highest among people with sleep times at midnight or later and lowest among those who fell asleep from 10 to 10:59 p.m.

Even when a number of factors were taken into account — including age, gender, sleep duration, sleep irregularity, being an early bird or a night owl, smoking status, body-mass index, diabetes, blood pressure, cholesterol levels and socioeconomic status — falling asleep regularly at midnight or later was still linked to the highest increased risk of heart disease.

The increased risk was more pronounced in women who fell asleep later. Men were at greater heart risk only when they fell asleep earlier in the evening, before 10 p.m.

The new study “really reinforces what we know from a cardiovascular risk prevention standpoint — sleep is a risk factor,” said Dr. Francoise Marvel, an assistant professor and co-director of the Johns Hopkins Digital Health Lab at Johns Hopkins Medicine in Baltimore. “But there is a huge important gap to recognize: There is no evidence to suggest at this point that improving sleep will effectively reduce cardiovascular events, like heart attack and stroke.”

Earlier studies have suggested that sleep duration is important, Marvel said. The new study didn’t look at wake-up times along with sleep onset, but the American Heart Association’s primary prevention guidelines suggest that people who sleep less than six hours are at risk for hypertension, which is a major cardiovascular risk factor, she said.

The study is especially “intriguing” when it comes to the findings about women, said Dr. Roxana Mehran, an interventional cardiologist and a professor of medicine, cardiology and population health science and policy at the Icahn School of Medicine at Mount Sinai in New York.

Cardiovascular disease is the No. 1 cause of death in the U.S., according to the American Heart Association.

“So we need to figure out anything that is more important or less important for preventing heart disease in women,” Mehran said.

Still, she said, the findings need to be taken with a grain of salt. The new research shows an association but doesn’t prove that falling asleep either later or earlier than the hour from 10 to 11 p.m. causes heart disease. Other factors may be the real culprits, such as stress, anxiety and depression, she said.