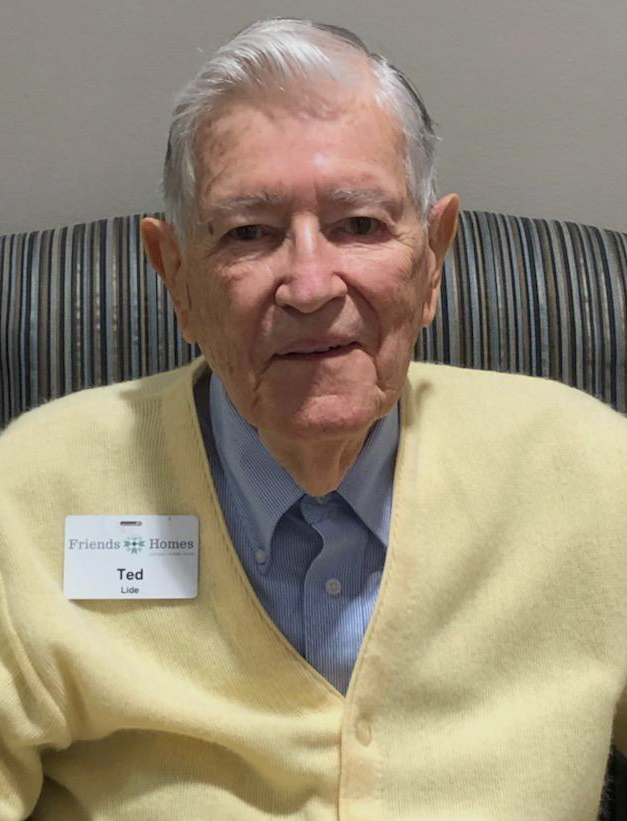 Ted Lide is feeling good, not just about his health, but about how well the Friends Homes community is protecting staff and residents from COVID-19. As current president of the residents’ association at Friends Homes West, Ted offered his take on the effort to get residents vaccinated as well as what life has been like inside the community during the pandemic.

Getting the first dose of the COVID-19 vaccine has gone as smoothly as possible. According to Ted, nearly all of the residents signed up to receive the vaccine. “We had almost 100 percent sign up to get the shots, which is unheard of,” he says.

The community partnered with CVS/Walgreens to administer the vaccines to staff and residents. Ted received his first dose of the vaccine in January, and aside from a little soreness the next day in his arm where the injection was made, has felt no side effects. The second doses of vaccinations are scheduled to be provided in early February.

As for life on campus during the pandemic, Ted is quick to point out the responsiveness and thoughtfulness of the staff in communicating openly and often with residents.

“The staff here recognized very quickly how seriously they need to take this pandemic,” he says. “They have moved very quickly and have been very open with day-to-day communication about what’s been going on.”

It’s this connection between the residents and staff that has made a big difference in the community’s ability to cope over the last year.

“We have a great relationship with the staff. Quite frankly, this network of communication (among the staff and hall chair-people) is what gave us the jump on the virus,” explains Ted.

The hall chairs are residents in the community who are responsible for passing along important information to other residents on their halls and ensuring that residents’ questions are addressed. “The hall chairs are kind of the mamas or papas of the halls,” Ted adds, with a chuckle.

While most group and in-person activities have been put on hold and meals continue to be delivered to residents in their homes, Ted has been pleasantly surprised at how well most residents have adapted to using new technology and following protocols for keeping each other safe.

“We have an in-house channel on television as well as CareMerge on our computers and the library is getting plenty of use. Really the most difficult situation is being separated from family,” says Ted, referring to restrictions on visitors in place at Friends Homes. During warmer weather, outdoor visits were arranged by staff, allowing residents to see and share time with family at a safe distance.

“But we recognize that… it’s a situation of being our brother’s keeper. We realize that each one of us has a responsibility to protect ourselves from the virus, so we don’t pass it along to each other,” he explains.