The Dews Did It Right 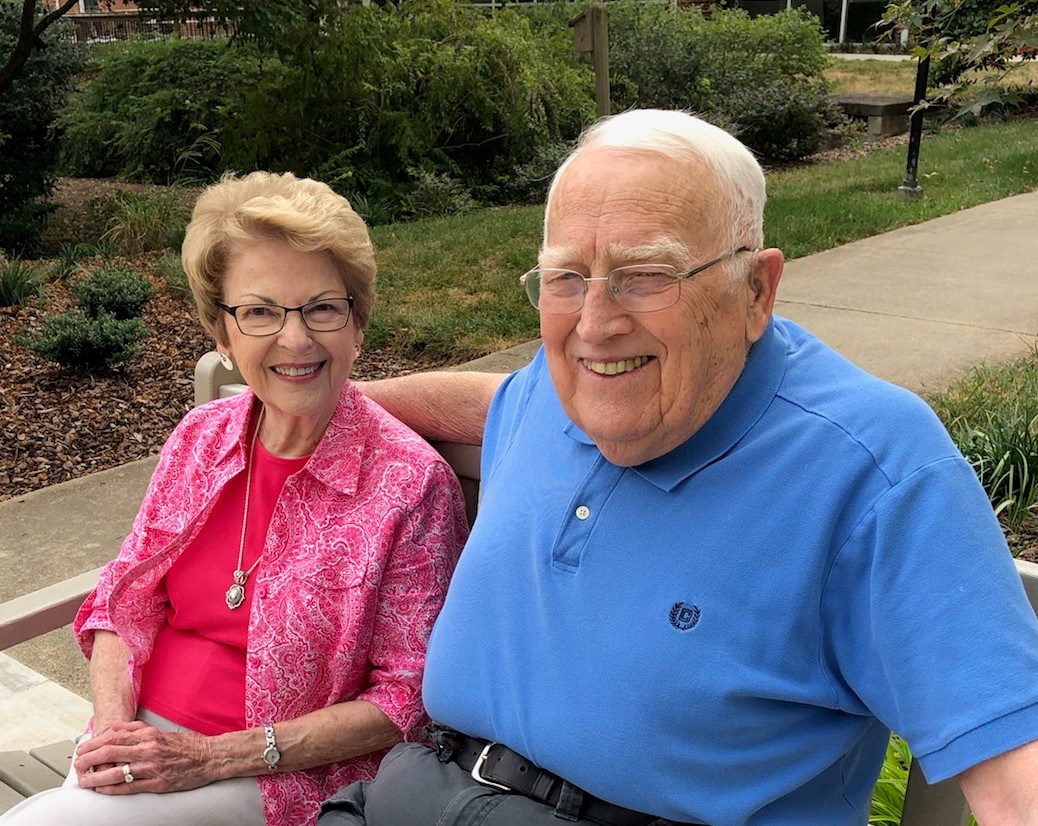 For Jerry and Al Dew, one of the biggest challenges of moving to Friends Homes (Guilford campus) was making the move itself from their home in Greensboro to their new apartment here. Two decisions that they made — one long ago and one more recently — were keys to helping the move go much easier.

The first decision was made more than 20 years ago when they chose to put their name down on the Resident of the Future wait list for Friends Homes. And while they spent most of those years playing an inactive role on this list, making the decision early and knowing what they had planned for their retirement made a big difference.

“My mother lived here,” says Jerry. “I spent a lot of time with her here and was very impressed with the care and atmosphere here. And that was before we were even thinking about a (retirement community).”

“My advice to anyone would be don’t wait too late,” says Al. “We had our names on the Resident of the Future wait list for 20 years before we decided it was time to move.” Because they had done their homework ahead of time and knew that Friends Homes was where they wanted to be, they were able to become active Residents of the Future when they were ready. From there, it only took three and a half months for the perfect apartment on the Guilford campus of Friends Homes to become theirs.

The second decision came when they found just the right apartment and Jerry hired a professional organizer to come in and help her get started with downsizing for the move. “I didn’t even know how to begin… to downsize that much,” says Jerry. “She came and interviewed us… looked at the apartment where we were going to live to help me decide what we would move and how we could arrange the furniture in our new home… She was just a big help.”

Their children also helped make the transition easier. Although their five grown children, four grandchildren and one great grandson live in different places around the state and Southeast, they came back to Greensboro to make sure Al and Jerry’s home was ready to sell.

Since coming to Friends Homes, they have quickly settled in and now enjoy taking advantage of many of the activities available. Jerry has recently joined the Residents’ Council, while Al frequently participates in the resident discussion groups that meet and cover a variety of subjects. However, they both have been particularly taken with the music program at Friends Homes. The concerts and intimate performances, along with hymn singing nights and other events allow them to get together with other residents and sing.

“We love to go to dinner,” continues Al. “We try to sit with different people at dinner as much as possible and talk. That’s what we like.”

In the year they’ve been at Friends Homes, they have been amazed at how warm and cheerful everyone has been, from the other residents to the staff.

“The people are so friendly… so positive,” says Jerry “The staff is very helpful. Once we got settled, it wasn’t hard, just a little different. It’s a welcoming place. You feel safe and secure here.”

They have also been surprised with how many people they already knew, either from church or from Al’s work — he was with Jefferson Standard in Greensboro for many years.

The couple met years ago at their church. Both Al and Jerry had lost their spouses in the early 1980s, and eventually found each other and dated for a couple of years. They have now enjoyed 36 wonderful years of marriage together.