The Swansons are Ready to Make Their Move 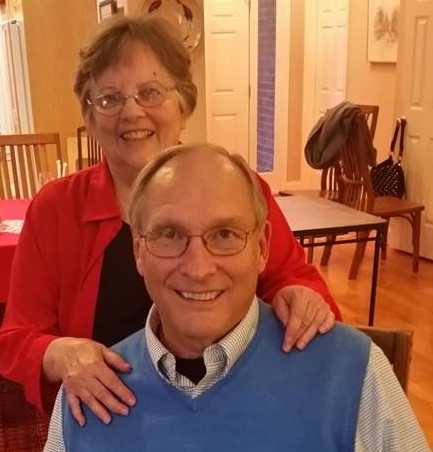 Dick and Lita Swanson are all set to move into Friends Homes this October. Although they have to wait just a little while longer for their new townhome to be completed, they’re positive it will be well worth the wait.

“It’s about peace of mind,” says Lita. “We’re ready to be done with yard work and tree trimming and the maintenance of owning a home.”

“It’s more stressful now when something goes wrong or needs fixing,” adds Dick. “It’s important to know that we’re taken care of. It’s a gift our mothers made to us. And we wanted to continue that tradition for our kids.”

The couple decided several years ago that they wanted to eventually move to Friends Homes. Lita’s mother was a Friends Homes resident for several years. However, when the community’s expansion was announced, they decided then that it was time to make their move and put their name on the list for one of the expansion homes.

Now, nearly three years later, with their new home’s construction nearly completed, they have had plenty of time to prepare. “If the moving truck comes tomorrow, we’re ready,” says Dick, with a chuckle.

The Swansons have spent the last 25 years living at Lake Jeanette after downsizing in the late 1990s. They have lived in four different states together over the years. First in Detroit, Michigan, where they were both raised.

The pair met while working as lifeguards at a summer camp. By the time they returned to work at the camp the next summer, they were married. Dick moved the family to Ohio while he earned his doctorate. The family moved back to Detroit and then to California before finally landing in North Carolina when he became Dean of the School of Health and Human Performance at UNC Greensboro.

An educator for more than 46 years, Dick still teaches classes through the Shepherd Center’s Adventures in Learning program in Greensboro that provides learning opportunities for older adults. He is also the current president of the organization’s board of trustees. Among other endeavors, Dick — a 25-year leukemia survivor — coordinates a cancer support group through the couple’s church, Westminster Presbyterian.

Lita was also an educator for a number of years until turning her attention to raising their two children. After their move to Greensboro, she worked in alumni and family relations at Guilford College for over a decade. She now does clerical volunteer work for their church, as well as for Peacehaven Community Farm, a sustainable farm that connects people with special needs to the community.

With a number of family moves already under their belts, the Swansons have a wonderful attitude toward the idea of change and moving to Friends Homes. And the couple credits both of their mothers for their approach. Despite both of their fathers passing away in their early 60s, their mothers both maintained a positive attitude throughout their lives.

“Attitude had so much to do with their ability to adjust to changes in life,” says Lita. “We learned from them that if we face every day with joy and look for opportunities to make a difference, we can do it.”

Dick agrees and adds, “Our mothers were real examples for us of facing life positively and enjoying each day.”